ATAB has set the Standard for Terrorism Response Training around the world.

ATAB initially developed these programs after 911 to provide a standard response methodology to respond to a Chemical, Biological, Radiological, Nuclear, and Explosive (CBRNE) Incidents.  ATAB utilized FEMA, DOT, US Army and Federal Fire Academy safety courses and merged them into informative and understandable training modules of Power Points using photo driven information to make the material easy to understand.

Anti-Terrorism Accreditation Board (ATAB) Founded in 2001, ATAB in conjunction with the International Society of Anti-Terrorism Professionals,  leaders in Government, military, and the private security industry, as well as key members of law enforcement, fire departments, Emergency Medical Services, and other first responders determined the education, training, and experience requirements for a first responder to safely and successfully prepare for and respond to terrorist events.

ATAB eventually assumed the lead role in the development and implementation of standardized anti-terrorism training and certification programs. Shortly after the September 11th attacks, many industry experts agreed that it was blatantly evident that a significant number of first responders lacked the proper equipment and training to safely respond to a terrorist incident.

While attempts were made by various security and law enforcement personnel and industry associations to advise their members and others how to safely respond, some of the prescribed methods (e.g., wearing a wet T-Shirt across the face to prevent inhalation of mercury and other heavy metal vapours present on the scene) proved grossly inadequate. Other experts touted the use of bulky manuals, hastily developed checklists, virtual seminars, and other training methods to educate responders. Again, these efforts provided less than optimal results.

Several ATAB members volunteered their time, resources, and expertise to develop several slide presentations for first responder leadership in an effort to train the trainer on the appropriate response to terrorist incidents. ATAB subsequently funded, produced, and distributed more than 2000 copies of these materials, free of charge, to the brave men and women supporting the rescue and recovery efforts in New York. Their comments, recommendations, and constructive suggestions were overwhelmingly positive, prompting ATAB to expand its efforts, including the development of anti-terrorism training and certification programs. ATAB acts as a qualified source of information and training.

Our member list reads like a “who's who” in the security and counter terrorism communities. Some of our members conduct training for State and Federal responders. Others provide services to the military. Still others fill education and training voids for interested individuals that are not affiliated with government or other authorities. Since many of our members are employed in positions of authority, trust and responsibility, we maintain strict confidentiality and do not, under any circumstance, disclose personal information without the expressed, written consent of the member.

In short, ATAB identifies gaps in current response methodologies, develops cutting edge training and certification programs, and makes them available to interested parties. We are proud of the fact that we have trained over 58,000 first responders and other anti-terrorism professionals around the world.  ATAB has provided emergency rations and medical supplies to flood and earthquake victims, Christmas gifts and financial assistance to individuals in need and to veterans’ families.  ATAB has no annual fees or dues.

From a Department of State officer that worked with Diplomatic Security Service.

"That's very interesting - we never saw anything to this level of detail while I was involved with the DSS - this would have been a wake-up call for a lot of the staff and the security forces. Using real life visual aids is also a lot better than staged photos - I pay a lot more attention to this than a bunch of stock photos put together.
I'm loving the detail here - a lot of this is stuff I've learned both in classrooms, on the job and by myself, but I'm seeing new things in this as well, putting words to details I haven't been able to articulate in either thought or words before.
agraph here." 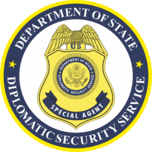 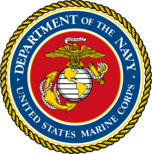 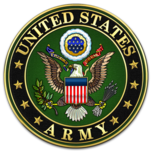 "Yes I reviewed the entire package. Having recently completed the ESI online requirements, the ATAB presentations make ESI look like kindergarten. It was very clear from the first presentation, all material is current and extremely relevant.  I am fortunate to have been allowed entrance into such a professional  organization." 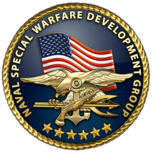 From a Navy Seal

"I received all of the presentations. I have to say that these are very impressive. After reviewing them, they are spot on. The information in these slides is very comprehensive and in my professional opinion smoke the majority of other certification programs out there, especially when it comes to the training and review materials that are recommended/provided. These fill the gaps of ASIS and ABCHS training material with a more focused approach to what is needed  a tactical stand point.  Coming from a SRF/BRF and non-compliant vbss background along with SOCOM, I have to say that these are full of knowledge needed for a base understanding to develop an SOP template."

From a retired E8

"Your presentations are light years ahead of *SI, *PI and any other formal executive protection school when compared to their content.
I would like to get the Active Shooter Course under my belt; please sign me up whenever you have time." 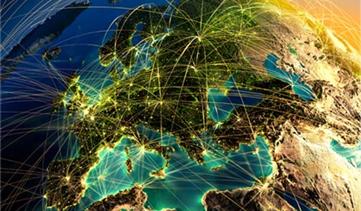 The CAS program is a complete Security Managers training program with a Terrorism Focus.

ATAB Annual Awards are our way of honoring our members that have displayed extraodinary  excellence in the proformance of their job in the terrorism response industry.

Join Over 14,000 Security Professionals that have obtained their Certified Anti-terrorism Specialist (CAS) Certification .